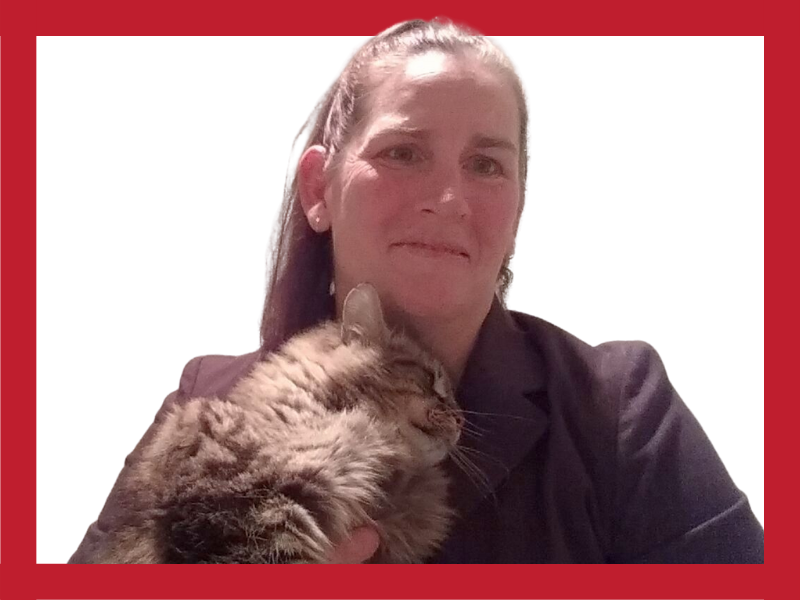 Dr Anna Gralton has lived in the beautiful foothills of Mt. Dromedary, Tasmania, for over a decade and is proud to be standing for the Animal Justice Party in the seat of Lyons.

A born and bred Queenslander, Anna has spent a total of 17 years in Tassie (over two stints). Living with a hodgepodge of rescued animals – including a husband she managed to pick up along the way from the deepest south of Alabama more than 20 years ago – Anna grew up in a home that was always nursing abandoned, stray, sick, injured and misfit animals back to health and happiness.

Anna is guided by The Golden Rule of “do unto others as you would have them do unto you”. For Anna, animals have always been at the heart of this belief. Equality, respect and kindness to animals and humans, aligning effortlessly with AJP values.

A relative newcomer to the Animal Justice Party, it was a lightbulb moment when Anna stumbled across some AJP literature. Up until that time, no other party’s policies and positions had managed to resonate so in-sync and as profoundly. The opportunity to elevate her efforts to the political arena where real change is happening was a no-brainer.

Anna’s pledge of support to the AJP is primarily motivated by the party’s commitment to protect animals and the environment through legislative action. Her core interests extend into the arenas of the cruelty of intensive animal farming, unsustainable agri-food production, environmental / habitat destruction, social inequality, and the erosion of workers’ rights and conditions.

Anna holds an Honours Degree in Environmental Science from Central Queensland University and a PhD in Applied Rural Sociology from the University of Tasmania. Her thesis explored artisanal food production in Tasmania as a regional economic development tool and alternative to unsustainable agri-food production and related practice.

Donate to get Anna elected!

Contesting elections is a costly exercise - it's a $2000 fee per candidate to get on the ballot paper and then there are advertising and printing costs! We estimate it will cost us a minimum of $10k to cover candidate fees, advertising and printing for Anna's campaign. We'd love to double or triple that to give her the best chance of being elected to represent the Animal Justice Party.