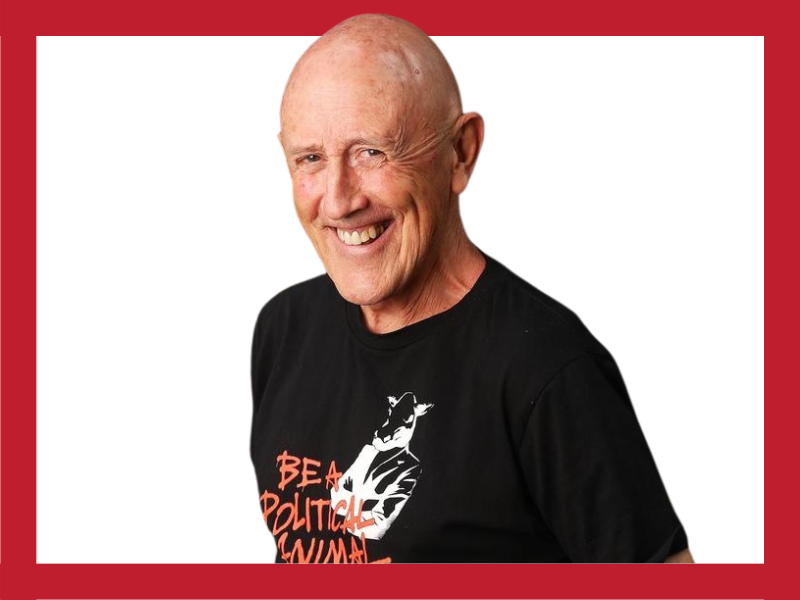 Ivan Davis, AJP Senate candidate for Tasmania has lived in Hobart for over 25 years. Since being born and raised on Kangaroo Island he has travelled widely during his time with the regular Army and since within Australia and internationally.

He has seen what David Attenborough has seen and has a similar over-arching perspective. He says the lack of compassion we exhibit as a species for our fellow sentients correlates with how we treat our planet.

Ivan chose to become involved with the AJP because it is the only political party in Australia formed solely for the animals. Ivan believes if we treat animals rationally in accordance with the values of our society, everybody benefits. Also, AJP is the only political party in Australia with a science-based policy to address climate change. Consequently, it cannot prioritise animal agriculture or fossil fuels over a liveable climate.

Ivan believes the strength of farming in Australia is key to the future and he supports growers to provide healthy produce for all. In the wake of COVID19, Ivan knows that plant-based farming will significantly reduce risk of future pandemics. Past events have had their origin in factory farming, consumption of wild animals or deforestation therefore, change is required.

Ivan believes that governments are not doing enough for other animals, the environment, or people. His intrinsic motivation is that when he dies, he will know he has given his all for our world and everybody who gets a chance to live in it.

Donate to get Ivan Elected!

Contesting elections is a costly exercise - it's a $2000 fee per candidate to get on the ballot paper and then there are advertising and printing costs! We estimate it will cost us a minimum of $20k to cover candidate fees, advertising and printing for Ivan's campaign. We'd love to double or triple that to give him the best chance of being elected to represent AJP in the Senate.